Utah Legends and Ghost Stories for Your Camping Trip Do you believe in ghosts? Whether you do or not, they may believe in you — and if they do exist, they’re capable of showing themselves just to prove the point. There’s no denying that people are seeing something in Utah, and it’s even become a favorite destination for the TV show “Ghost Adventures,” because, as the crew admits, there’s something about Utah that seems to attract paranormal activity.

The grave of Laura Daniels Ferreday in Spanish Fork City, Utah is marked with a heartrending statue of a woman weeping — but apparently, its tears aren’t just granite. For decades, visitors have said that they can hear the statue weeping, and some say that after it rains, the statue still has tear streaks on its face and water seeping out of its hands, even after the rain has dried. Ferreday’s story is a tragic one — she died at the young age of 32, and her grieving husband chose the doleful statue — so locals have a particular fondness for this haunted site.

One of Utah’s best-documented hauntings is at Salt Lake City’s historic Capitol Theatre. In 1949, a fire broke out, killing 17-year-old Richard Duffin, a theater usher. In recent years, security personnel and staff have reported smelling smoke in the building, and in one documented event, theater employees watched while multiple file drawers opened and closed on their own. To make things even spookier, in 2006 two Utah police officers refused to continue working at the theater because of the hauntings.

Built in 1910, the Denver & Rio Grande Western Depot is one of Utah’s loveliest buildings — and also its most haunted. Shortly after the depot opened, a woman and her fiancé were seen arguing, and one of them threw her engagement ring on the train tracks. Distraught, the woman reached down onto the tracks to retrieve the ring, and was instantly killed by an incoming train. The first reported sighting of the “Purple Lady” (she was wearing a purple dress and hat) occurred in 1947, and since then, countless visitors have claimed to see her. Even the depot’s security guards have confessed to seeing her on the mezzanine and hearing her footsteps at night, and folks have reported seeing her fiancé as well.

If you’re camping in Utah, it might be worthwhile to visit the depot and do a little ghost hunting on your own.

There’s something about military museums that seems to attract spirits, and Fort Douglas Military Museum is no exception. Set on the site of Camp Douglas, a critical post for soldiers during the Civil War, in later years the location became a POW camp where many soldiers died and were buried. Today, hundreds of visitors and museum staff have reported paranormal encounters, especially with the site’s most popular ghost, a Civil War soldier they call “Clem.” Lots of folks say that they’ve actually seen and heard Clem, and professional paranormal teams have taken multiple recordings of him, as well as photos that indicate some type of spirit activity.  Fortunately, Clem is a friendly ghost, as are his ghostly colleagues, and they merely like to appear and make a few noises without actually doing any harm.

Salt Lake City Cemetery is the resting place of more than 125,000 souls, many of whom may still be wandering the Earth. Visitors and staff say that they constantly hear voices and footsteps throughout the cemetery, and many claim that they feel like someone is standing behind them, only to turn around and find no one there. Likewise, while roaming around the numerous child graves that fill the cemetery, folks claim to hear babies crying and see young children playing games and giggling, then vanishing into thin air.

There are also reported sightings of women dressed in pioneer clothing, as well as young men in uniform wandering around the military graves. In addition to stories, there’s also plenty of documentation from fascinated ghost hunters who have captured lots of images that simply can’t be explained.

Over the years, park rangers and tourists have sworn that Timpanogos Cave, located in American Fork Canyon, is haunted.  According to the legend, a Native American warrior wooed a Native American woman by telling her that he was a god, and destiny sent her to marry him. She agreed, until she found out that he was just a mere mortal, and this revelation caused her to jump off of Mount Timpanogos. The heartbroken warrior placed her body in the cave, and a huge calcium salt icicle, now known as the Great Heart stalactite, appeared to mark the place.

Today, visitors report that they feel something brushing up against them during cave tours, and park rangers claim to hear voices and footsteps, especially after hours. In fact, employees sometimes dare each other to turn off their flashlights, and they make bets to see how long they can endure the suspense. They nearly always come out visibly shaken, thanks to the abundance of footsteps and whispers they hear, coupled with the ghostly presence they always feel inside the cave’s entrance.

No list of Utah ghost sightings is complete without mentioning the state’s most famous ghost town, Grafton. As the site of countless tragedies during its pioneer history, one of Grafton’s most popular landmarks is its cemetery, which is filled with early settlers who succumbed to violence and disease. Today, the abandoned town attracts intrigued history buffs and ghost hunters who claim to hear hair-raising screams, children mischievously laughing and babies crying among the weathered gravestones.

If you’re going camping in Utah, even if you don’t have time to visit one of these haunted sites, you can add a little local color (and a few chills and thrills) to your trip by sharing some of these ghost stories around your campfire. And when it’s time to start planning, be sure to visit BookOutdoors to book your perfect campsite! 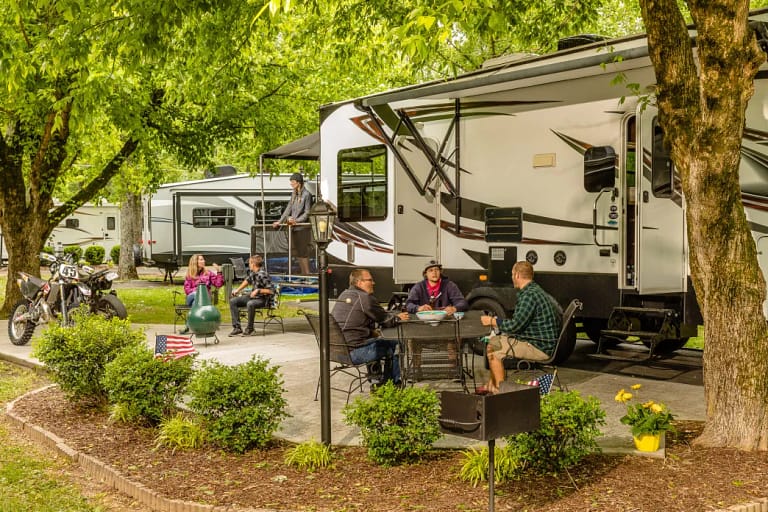 Join our newsletter to get the latest!​